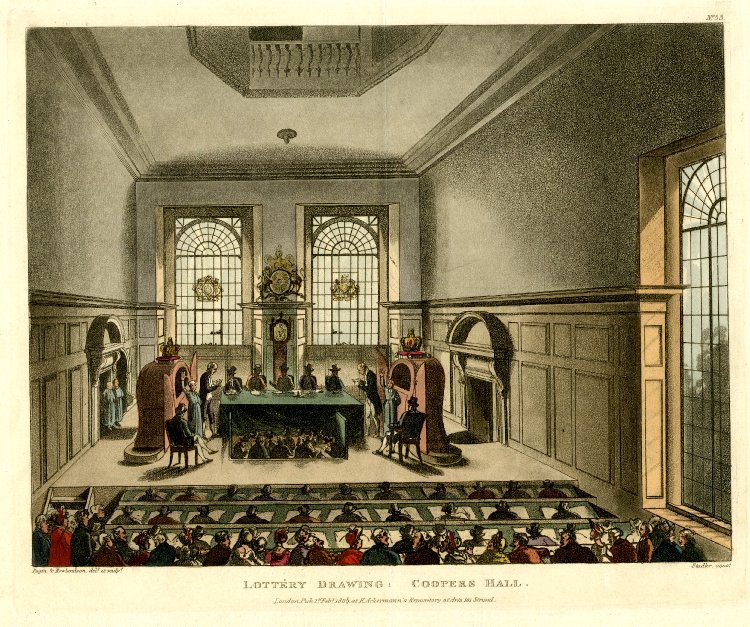 A Lottery is a taxation Upon all the fools in creation;

And Heav’n be prais’d It is easily rais’d. . . The Lottery

We have come across this question in the newspaper, posed to the legal profession on 20th May 1770 about a woman’s right to retain her winning from the state lottery for herself questioning whether her husband had any right to a share of it. So far, we have not found a response to it in the newspapers, so the challenge to our readers is this – does anyone know how such an issue would have been dealt with? any help gratefully received.

John marries Mary, and agrees that part of her fortune, which is in the funds, shall be settled upon her the said Mary, for her own separate use. Mary, from the interest of her money, buys a ticket in the lottery, and gets a ten thousand pound prize. Query, Has John any right, in law, over this ten thousand pounds: or has Mary any obligation, in conscience, to give her it to her husband? A solution of this question will end all disputes, and quiet the much disturbed minds of

John and Mary Somebody

With the question of lotteries in mind we thought we would take a look at 18th century lotteries and see whether it was as popular then as it is today. The answer in short is – yes, very much so. 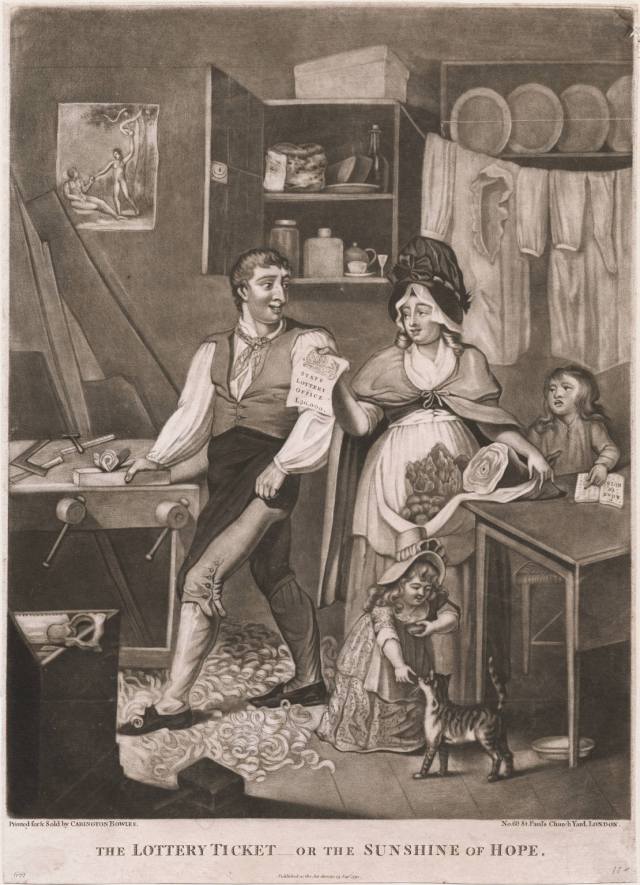 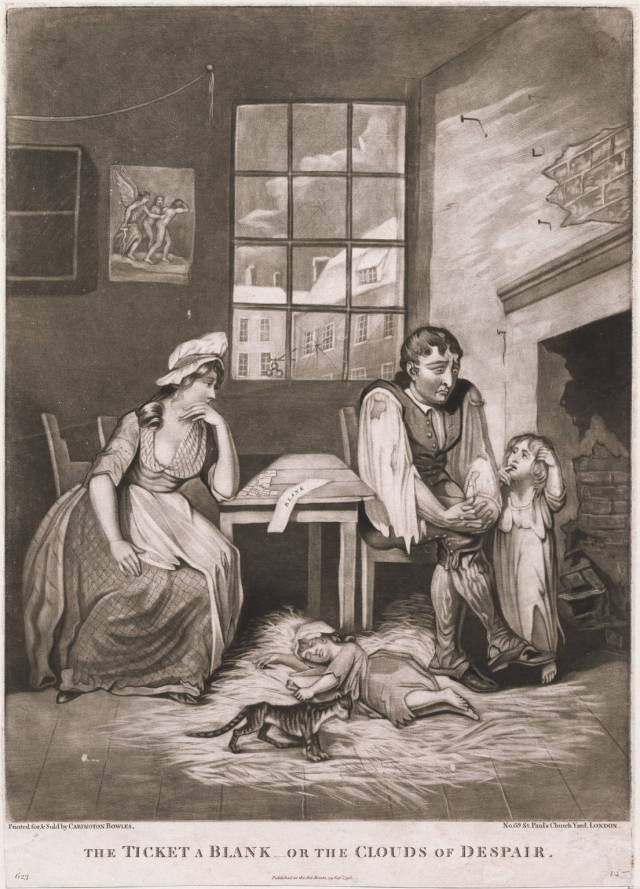 As today, the lottery then had the potential to make massive change to people’s lives. We tend to think that things like the national lottery are very modern, but this is far from the truth.

State lotteries began as early as the 1690s and were established by the Bank of England. In the 1700s, as well as generating money for ‘good causes’ it also generated money which enabled Britain to go to war, for example it was reported that just over a quarter of money raised was used in fighting Napoleon. In the mid-1700s the lottery assured potential punters that they would not lose and that at a minimum they would receive their stake back and potentially win a large life changing amount of money. There was usually one prize winning ticket for every four blanks.

Apart from individuals many borough corporations also bought lottery tickets for the benefit of poor children; the church was also involved with many parish clerics gambling. The tickets were quite expensive, but then so were the prizes, this led to people who couldn’t afford to buy a full ticket purchasing a share. People even place advertisements in the newspapers for people to share with –

Below is one of numerous examples of what you could win when buying a share.

It was reported that in 1798 four low paid workers shared a winning ticket valued at £20,000 (approximately £1.2m in today’s money), a female servant from Holborn, a servant of the Duke of Roxburgh, a keeper of a fruit stall and a vegetable carrier from Covent Garden.

It was even possible for gamblers to insure themselves against drawing a blank.