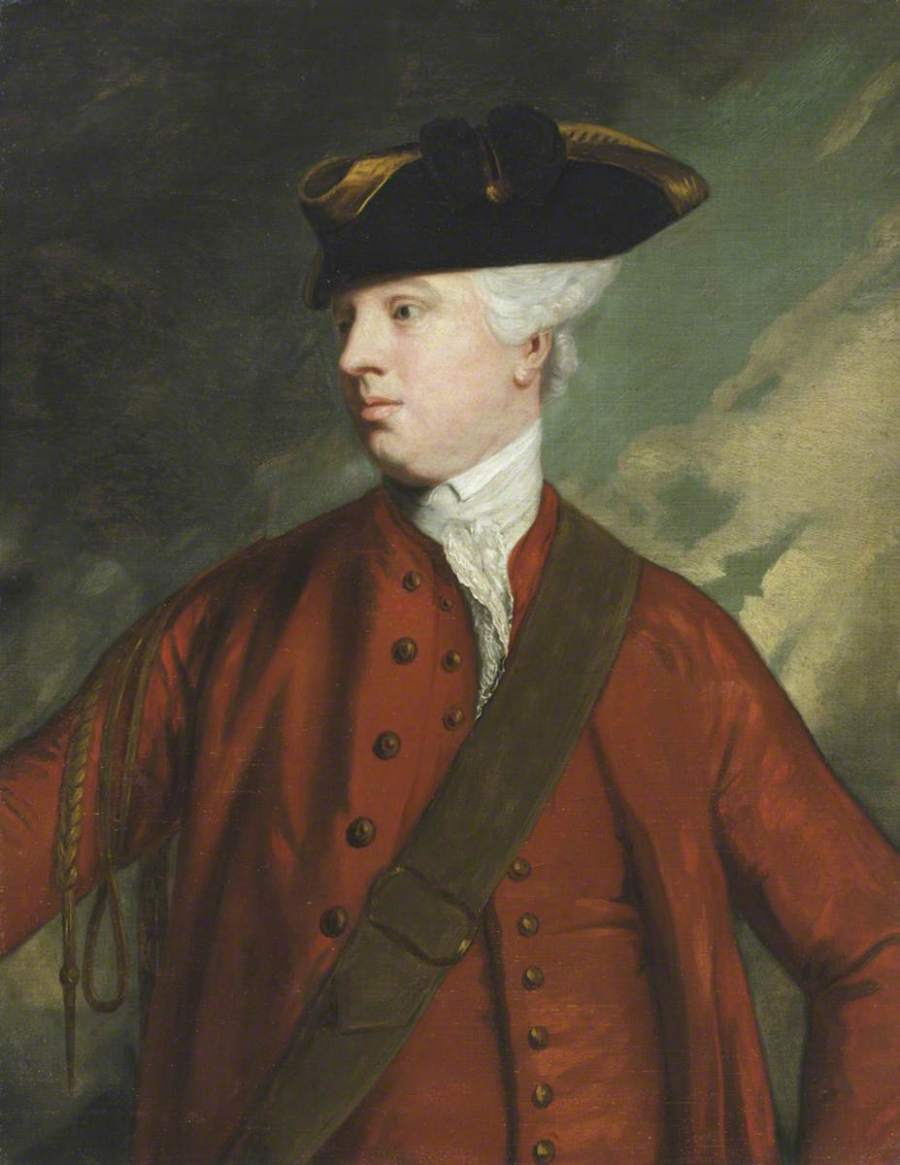 On August 6th, 1724 at St Ann’s Soho, Captain Francis Blake Delaval of Seaton Delaval Hall, near Newcastle Upon Tyne, married Rhoda Apreece, the heiress of Doddington Hall, which is somewhere we have previously written about.

The couple had eleven children and today we’re going to take a look at their eldest, the prankster, money loving son, named Francis Blake after his father. Francis was born in 1727 and as you would expect, was educated, as most young men of his social standing, at Oxford.

In 1749, aged just 21, he married a woman over twice his age, Isabella née Tufton, an exceptionally wealthy heiress and daughter of Thomas Tufton, 6th Earl of Thanet and Catherine Cavendish. Isabella was the widow of Nassau Powlett, a younger son of the 2nd Duke of Bolton (who had died in 1741).

We thought we would share with you the story of their meeting as it was by no means coincidental, but was totally conceived by Francis.  He wanted a wife with money and concocted a cunning plan to hook this extremely wealthy widow. Looks he said weren’t important, which was perhaps just as well, as Isabella was described as extremely plain.  Money was his motivator and she had plenty of it.

It was his closest friend and a man of great concern to the family, the actor, Samuel Foote that helped him to hatch this plan.  It was common knowledge that Isabella wanted to marry again, and it was also known that she was fascinated by gipsies and consulted with the famous Norwood gipsy. So, armed with this information, Francis surreptitiously arranged for her to see a gipsy who would tell her that she would shortly meet the man of her dreams. She was told to walk in the park the following Thursday where she would meet a tall, fair gentleman, remarkably handsome, dressed in blue and silver and that it was irrevocably fixed by fate that this man would become her husband.

Of course, when the day arrived, Isabella took a walk in the park and surprise, surprise, she met Francis exactly as the gipsy had foretold.

Three days later on March 8th, 1749, the couple were married at St Georges Hanover Square in a clandestine marriage and with that he immediately acquired her large fortune reputed to have been between £90,000 and £150,000 (around 17.5 million in today’s money). It is said that for helping to arrange this, Francis settled an annuity upon Foote which relieved his debts.

In 1751, Francis was elected as M.P. for Hindon in Wiltshire, then in 1754 became M.P for Andover, Hampshire – the latter being assured by Francis courtesy of the firing of a canon which dispensed 500 guineas worth of money to ‘help’ voters make the correct choice of candidate, he even hired the services of a celebrated fire eater to win over one obstinate voter.

At the age of just 25, Francis succeeded to his father’s estates. He inherited Seaton Delaval Hall, with his brother John inheriting Doddington upon the death of their mother, but long after his death young Francis was remembered at Doddington Hall for his frequent visits to the local pubs of Harby in Lincolnshire and the drinking and dancing parties that ensued, but mostly he has been remembered for his pranks, both at Seaton and Doddington.

Whilst at Seaton Delaval he became noted not only for the variety of entertainments given there, but for the practical jokes which he played on guests. Not just schoolboy pranks such as making apple-pie beds and the placing of ducks and chickens in peoples beds but also a system of pulleys which he had constructed so that when visitors retired to their bed they were suddenly let down through a trap door into a cold bath.

On one occasion a gentleman apparently was kept in bed for three whole days as Francis somehow managed to convince him it wasn’t morning yet. On another occasion he created a ‘set’ by using curtains which partitioned the rooms and whilst the people in each room were getting undressed he would suddenly let the dividing curtain fall, exposing them to each other. This was a trick which apparently took place in the Long Gallery at Doddington Hall.

Yet another prank was played upon a young man; Francis managed to persuade the rest of the gathering to go along with. He told everyone that someone known to them had just died. After supper the supposed dead man appeared in the room, dressed in a shroud, his face powdered. A young man of the party saw him, but everyone else declared that they had seen nothing. It gave the young man such a fright that he fell down in a fit and didn’t recover for quite a while.  After this, apparently no more such tricks were played.

Returning to his marriage, it was to be short lived as the couple didn’t get on at all well, in fact during one particularly ferocious argument Francis actually told Isabella about his plot to marry her.

Eventually, having had enough of his affair with an actress, Miss Elizabeth Roach or La Roche (as she was also known) who, according to rates returns, lived in Poland Street, Westminster, Isabella filed for a divorce in 1755, but in order for it to happen she had to admit to being unfaithful to Francis.

The couple had no children, but Isabella had a daughter from her marriage to Nassau and it was her daughter who inherited her estate when she died in 1763.

Despite the fortune Francis had inherited from his father and the monies from his marriage, he was a spendthrift and all money went through his hands like water, so much so that in 1755 an Act of Parliament was obtained to either sell Seaton or to mortgage it to pay off his debts.

Despite his behaviour, somehow in 1761 Francis was installed a Knight Companion of the Most Honourable Order of the Bath.

Francis also retained a property in London, No 11 Downing Street, which is slightly ironic given his obvious inability to manage money that it should now be used by the Chancellor of the Exchequer.

Francis died suddenly in 1771. His body was taken for burial at Seaton with a grand funeral where it was laid in state for all to see. Apparently, so keen were people to have a glimpse of the proceedings, that in the rush, one girl had her leg broken, a gentleman lost his watch and many people had their pockets picked.

The newspapers of the day said that Francis died leaving some £36,000 of which £10,000 was to be paid to his two illegitimate children by Miss La Roche however, his actual will read very differently and shows the benefit of hindsight, so we thought we’d share it with you in full

Foote was said to be distraught at his friends death and retired to his room for three days. Finally, Foote was advised that it would be a few days before the funeral as doctors were to dissect Francis’s head to which Foote replied:

and what in the world will they get there? I am sure I have known poor Frank these five and twenty years, and I never could find anything in it.

Cole R.E.G.  History of the manor and township of Doddington : otherwise Doddington-Pigot, in the county of Lincoln, and its successive owners, with pedigrees