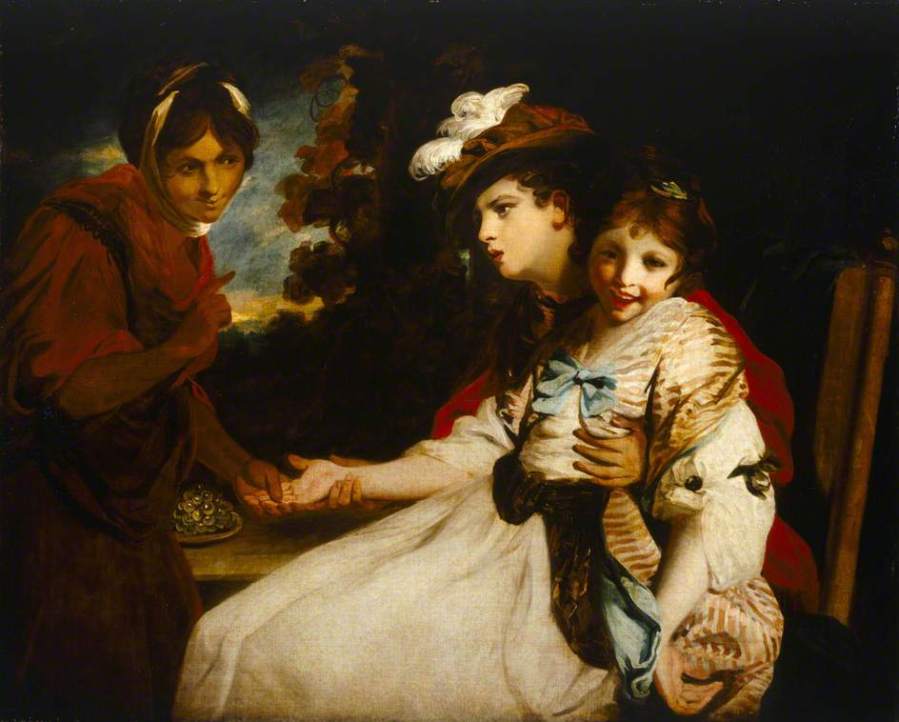 We came across a book written in 1790 entitled The Universal Fortune Teller and concerning a gipsy, Mother Bridget of Norwood, one of the infamous Norwood gipsies who died in 1768. The Norwood gipsies lived in the area now known as Gipsy Hill. The book gives us a description of  Mother Bridget along with details of fortune-telling, some of which we can share with you. 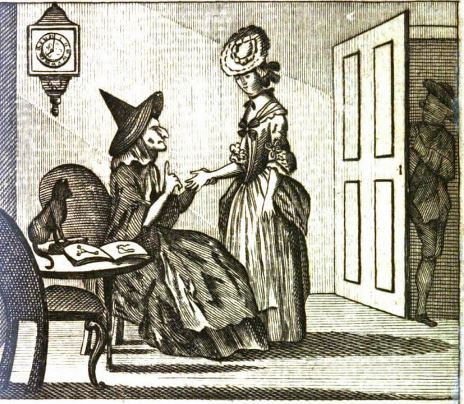 According to the book, Mother Bridget’s parents died when she was young and she was left to raise herself and managed to support herself by begging. She gained knowledge of the solar system by spending her nights, when it was clear, considering the stars as the greatest astrologers had done and this gave her a great knowledge of the weather, the alterations of the air and the effect it had. With her knowledge and understanding, she advised local farmers about growing crops and they would seek her out for her opinion as to when to they should sow their seeds for the best crop yield.

She was described as a solitary person, preferring to avoid noise and society in general which initially led to her being ridiculed, but eventually, she gained respect.

Her fame began to spread and her presence became universal, other people apart from farmers and her neighbours consulted her and the truth of her predictions made her veracity gain ground and she became the topic of conversation of the politest circles, many of whom came to consult her, and as she never asked for money so the unbounded generosity of those who applied to her oracle put her in possession of money more than sufficient to keep her. 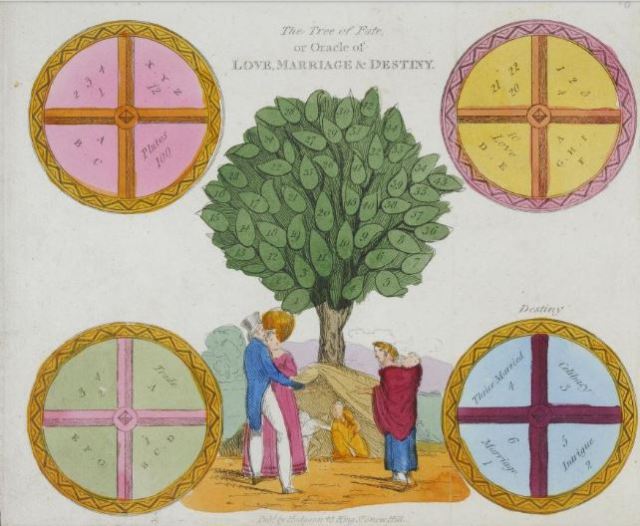 As she grew older she became increasingly fond of animals, who were her chief companions and she was said to have hundreds of them.  Dogs and cats were her main companions during her retirement. She was exceedingly fond of pipe tobacco and was continually smoking. Ultimately though, as a result of sitting for such long periods of time her body became almost doubled, which, together with her enormous length of nose and chin, her pipe and the number of animals about her, made her cut a most hideous figure and appeared rather terrifying to those who were not apprised of it.

Though this famous old woman had never been taught to write, yet by long practice, she had developed a system of hieroglyphics in which she recorded her observations, knowledge and remarks. The author of the book took Mother Bridget’s hieroglyphics and converted them into English. The remainder of the book consists of:

Fortune telling by use of the planets, cards and dice etc

And amongst many other things the art of palmistry. 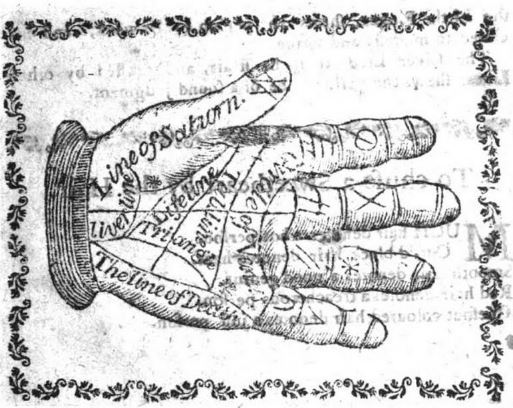 Now, be honest, you did look at your own hand after viewing this image didn’t you? We did! To find out more about any of these topics we recommend taking a peek at the book itself which can be read for free, online.

The Norwood gipsies became synonymous with that area, so much so that in 1777 a pantomime was written about them and was performed at Covent Garden Theatre for many years.

Ladies and Gentlemen who have places for the 7th night of the new comic opera will please observe it will on Wednesday next. Tomorrow the tragedy of Sir Thomas Overbuy, to which was be added a new pantomime (never performed) called the Norwood Gipsies, which new music, scenes, machinery decorations etc.

One thought on “Mrs Bridget the Norwood Gipsey”