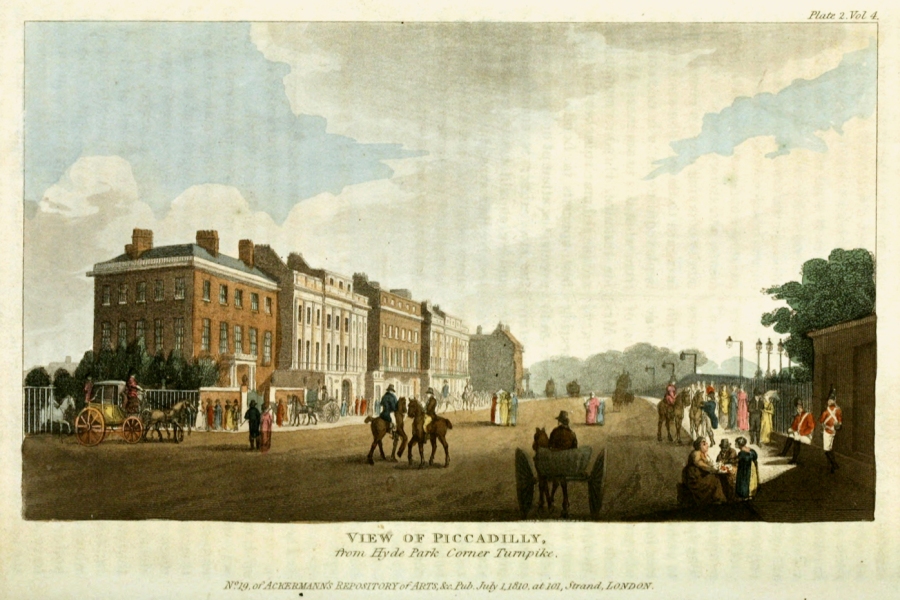 For all our regular followers you will no doubt be aware that as well as all of our other research, we have, in the background, been researching Dido Elizabeth Belle and her husband (If you’d like to read about all of our NEW research then follow the highlighted link).

For those aware of Dido’s life you will know that she died in 1804 and was buried at St George’s Field (it appears likely, according to Etienne Daly that her remains may well still be there) leaving her husband John with two sons, William and Charles, to raise alone.

As we have said previously, we know that by 1811 John Davinière was working as a steward/valet to John (known as ‘fish’) Craufurd, MP, and had found a new love in his life, Jane Holland, with whom he had a further two children, Lavinia (1809-1881) and Edward Henri (1812-1867), who was later to be placed in an asylum when John and Jane returned to France.

It was in February 1811 that John applied for naturalisation, having lived in England for over 25 years, confirmed in a letter written by William Augustus Fawkener, close family friend to the Craufords, just prior to Fawkener’s death in August of that year.  Fawkener was brother to Harriet Bouverie, the London beauty, society hostess, ardent supporter of Charles James Fox and close friend to the Duchess of Devonshire.

London society at that time was so small that everyone who was anyone was closely linked, so John would have been well aware of them all, but would of course, have been expected to remain tight lipped about the things he heard.

In the late 1790s, John Crauford and Charles Cockerell purchased the properties of 146 and 147 Piccadilly respectively, quite prestigious places to live at the time and just a stone’s throw from the then newly opened John Hatchards bookshop at 187 Piccadilly, the oldest surviving bookshop in Britain and a mere five minute walk to the world famous Fortnum and Mason (181 Piccadilly), who were, by this time selling every food you could imagine – and may you couldn’t – such as a fruits from overseas including Jordan almonds, guava jelly, green Madeira citron and preserved West India ginger, perfect products for the well-to-do of London.

On 25th August 1810, John Craufurd’s nephew, General James Catlin Craufurd, died in the Peninsular Wars.  James’ father had been Governor of Bermuda but had a serious gambling problem and it appears that little of his estate was left for James Catlin to inherit. So, when James died his wife, his will consisted of a mere two lines, confirming that should he die abroad his possessions should go to his wife, Ann Elizabeth Barnard (the sister of Sir Andrew Barnard), there was no mention as to what his possessions or estate consisted of, but it seems safe to assume that there wasn’t very much of it to give to her and with that Ann and her five children were taken in by James’ uncle. She did, however, at the instigation of the Duke of Wellington, receive a pension.

The property itself was quite substantial so could, house them all in relative comfort, along with all the other servants required including a servant, groom and footman. John was living at 9 Portman Place at this time, only about a mile away.

The neighbouring properties belonging to Sir Charles Cockerell, Sir Nathaniel Holland, Lady Smith Burgess, Sir Drummond Smith, Earl of Dysart and of course, Arthur Wellesley, Duke of Wellington at Apsley House which Robert Adam built in 1771 and he purchased in 1807.

After the death of John Craufurd, his will confirmed that he had made financial provision for Ann Elizabeth and the children, all of whom he thought highly of,  upwards of ten thousand pounds, plus all the household goods and that shortly after his death she and her brood moved out and took a property close by on Stratton Street, she also pleaded poverty saying she had so little to bequeath to her children, in her will of 1823, a mere nine thousand pounds (if you can call half a million pounds in today’s money poverty!).

We still have no clues as to who Davinière worked for after this, as yet, but John Crauford left him fifty pounds annuity, plus one hundred pounds and all of his wardrobe to help him on his way and had supported John’s son, Charles’ application to join the East India Company.

We know that Davinière and Jane remained in England until at least 1819 when they eventually married, they then reappeared back in his native town of Ducey, France, where he was to ultimately die. You can find out more about their life here.