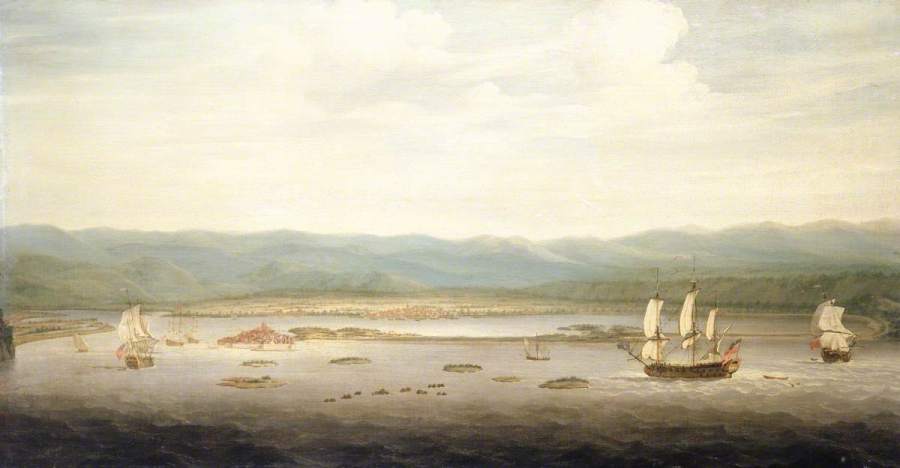 In March 1727 he was a Captain in the 34th Regiment of Foot who were sent out as reinforcements to relieve the Siege of Gibraltar (the Spaniards were holding siege to the British fort there) and following the successful conclusion of that, to garrison the island of Gibraltar. Officers who could afford to do so returned to England from time to time.[1]  On the 12th October 1730 the regiment was ordered to proceed directly from Gibraltar to Jamaica, where they were beset by disease and illness whilst they were garrisoned at Port Antonio.  An unmitigated disaster, the regiment had been sent, with others, to quell reported riots on the island only to arrive and find the reports unfounded.

A selection of letters held in the Calendar of State Papers Colonial, America and West Indies, Volume 38: 1731 will serve to illustrate under what hardships the regiment laboured.

After 7 weeks passage from Gibraltar, we arrived here the 7th etc., the regiment in very good health, but begin now to be very sickly.  No oven sure was ever so hot… after that I know no business I have here except to sacrifice my health and impoverish my fortune, for realy [sic] twice my income will not maintain me as a Colonel ought to live and I have only the same allowance here as an Ensign which is 20s per week.

This is the most expensive disagreeable place under the sun etc.  Our people begin now to be so sickly, tho’s ‘tis at present the healthiest time reckoned… The troops to be sent to Port Antonio are forced to live still upon last provision, for there is at present neither provision or lodging for them, so they keep on board the ship still… if we stay, they must provide better, but by that time perhaps above half may be dead.

He wrote again to his brother five days later, “We have buried the Major of our regiment and I fear every account will be worse and worse”.

Both men and officers fall sick very fast.  The regiment is dispersed all over the island and no surgeon can go from quarter to quarter to attend them.

One can’t set four & twenty hours without hearing of some of the Corps either Sick or Dead.  I am sure there is not an Officer here but with pleasure would go into the most desperate siege than stay in this damned unwholesome place, for then one should have a Chance to gain some Credit or die honourably, here no Service to be done of Consequence, no Reputation to be gained.

The regiment’s Colonel, Robert Hayes, did not survive the posting and Lieutenant Colonel Stephen Cornwallis took command. Robert Brown was promoted to the captaincy of a company within the 34th and it was not to be the last time he served in the Caribbean either, but his second journey there was to have a very different outcome.

Map of Jamaica in 1731 via the British Empire website.