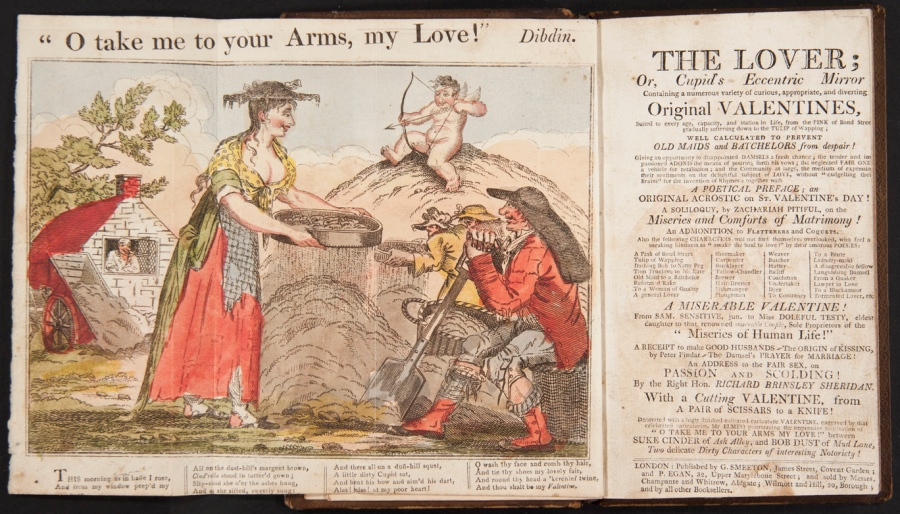 Well, Valentine’s Day is fast approaching so it’s the perfect time to find your soul mate. The Georgians were no different – they believed that they had to pull out all the stops to find the person of their dreams, so forget internet dating and give some of these a go! Please feel free to let us know if you tried them with success!

These suggestions come courtesy of a Miss Arabella Whimsey (draw your own conclusions on that one) who apparently wrote to the editor Mr Town on the 17th February 1755, despite our best attempts we have not managed to locate such a young lady!

You must know I am in love with a very clever man, a Londoner; and as I want to know whether it is my fortune to have him, I have tried all the tricks I can hear of for that purpose.

I have seen him several times in coffee-grounds with a sword by his side, and he was once at the bottom of a tea-cup in a coach and six with two footmen behind it.

I got up last May morning and went into the fields to hear the cuckoo; and when pulled off my left shoe, I found a hair in it, exactly the same last Midsummer Eve.

I and my two sisters tried the Dumb Cake: you must know of it, two must make it, two bake it, two break it and the third put it under each of their pillows (but you must not speak a word all the time). This we did, and to be sure I did nothing all night but dream of Mr Blossom.

The same night, exactly at twelve o’clock, I sowed hempseed in our backyard and said to myself ‘Hempseed I sow, Hempseed I hoe, and he that is my true love, come after me and mow’. Will you believe me? I looked back and saw him behind me, as plain as eyes could see him.

After that I took a clean shirt, and turned it, and hung it upon the back of a chair; and very likely my sweetheart would have come and turned it right again (or I heard his step) but I was frightened and could not help speaking, which broke the charm.

I likewise stuck up two Midsummer Men, one for myself and one for him. Now if he had died away, we should never have come together: but I assure you he bowed and turned to me.

Our maid Betty tells me that if I go backwards without speaking a word, into the garden upon Midsummer’s Eve and gather a rose and keep it in a clean piece of paper until Christmas day, it will be as fresh as in June and then if I stick it in my bosom then he who is to be my husband will come and take it out.

Last Friday, Mr Town, was Valentine’s Day and I’ll tell you what I did the night before. 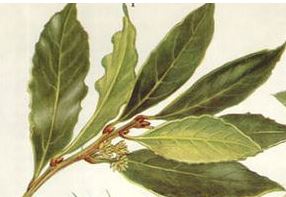 I got five bay-leaves and pinned four of them to the four corners of my pillow and the fifth to the middle; and then if I dreamt of my sweetheart, Betty said we should be married before the year out.

But to make it more sure, I boiled an egg hard and took out the yolk and filled it up with salt; and when I went to bed I ate it shell and all, without speaking or drinking after it and this was to have the same effect as the bay leaves.

We also wrote our lovers names upon bits of paper and rolled them up in clay and put them in water and the first that rose up was to be our Valentine. Would you think it?

Mr Blossom was my man: and I lay in bed and shut my eyes all the morning, till he came to our house, for I would not have seen another man before him for all the world.

Dear Mr Town, if you know any other ways to try our fortune, do put them in your paper. My Mamma laughs at us and says there is nothing in them; but I am sure there is, for several Misses at our boarding school have tired them and they have all happened true.

The Lover, or Cupid’s Mirror

We realize that some of the pictures are slightly out of our usual time frame, but we simply had to include them.