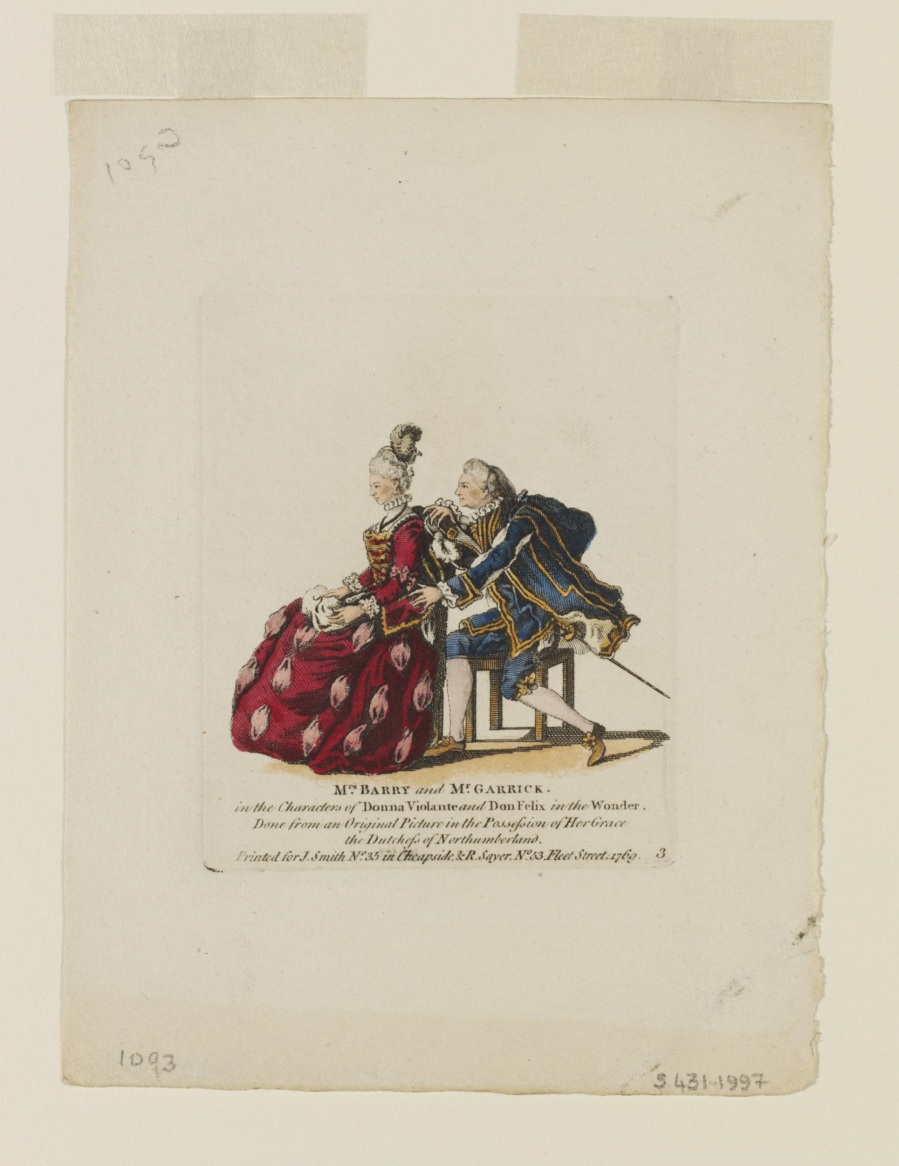 Ann Street was born April 8th, 1733, the daughter of James Street, an eminent apothecary of Bath. Her brother William later became the mayor of Bath.  On March 17th, 1754 at Bedminster, Somerset Ann married the actor, William Dancer who, by all accounts appears to have been the most unpleasant of men.

The couple performed on stage in London around 1758, where Ann became the doyenne of the tragedies. This marriage was short-lived as in 1759 Dancer died, leaving Ann a mere 26-year-old widow, but as she was already having a close relationship with a fellow actor, the renowned Spranger Barry she sought solace in his arms.

Barry, born 1719, was an Irish actor, who had originally been trained by his father as a silversmith but was said to be a descendant of Lord Santry. Certainly, he lived like a lord. He married a woman who bought with her a £15,000 dowry, so life was good. The problem was that he spent money like water and became bankrupt very quickly. So, with an interest in the theatre, he took to the stage, to earn more money.  Barry first performed at Smock Alley, Ireland and was affectionately known as the ‘silver-tongued actor’ and rapidly became regarded as a brilliant actor.

The couple met whilst working in Dublin and began an affair prior to the death of Ann’s first husband, then after his death, they decided to move to the bright lights of London where Barry had worked previously. The couple continued their stage work performing on the stage at Drury Lane, then Covent Garden.

On January 10th, 1777 Barry died at their home in Cecil Street and was buried in the cloisters at Westminster Abbey, but his rival throughout his career, Garrick was buried inside!  He did, however, leave Ann a well provided for widow. She was named in his will as the sole beneficiary of his not insignificant estate. He left her a house in Streatham, Surrey, leasehold plus the Theatre Royal, Crow St, Dublin along with a property adjoining it. Having written his will he did however lease the Dublin theatre to a Thomas Ryder, so quite how much Ann benefitted from this legacy we do not know for sure, but in a letter written by John Ord (barrister), in ‘Letters Addressed to Mrs Bellamy occasioned by her Apology’ it would seem that Ann’s solicitor advised John Ord, that Mr Barry had died insolvent, and that the theatre in Dublin would not pay the creditors there.

John Ord then tried to personally sue Ann and husband number three, who she married within two years of becoming widowed, was a Thomas Crawford, a successful young lawyer, again from Ireland, for the money owed, but somehow Ann’s husband

‘kept out of the process of the Court of Chancery; and though Mrs Crawford performs at Covent Garden, her person is safe, having made her husband the scapegoat’.

Quite how and when Ann met husband number three we can’t work out and there is no sign of a marriage for the couple, but a variety of documents confirm that they were a couple, so it seems feasible that they were married in Ireland.

Ann’s final performance on the stage was in mid- April 1798 at the Theatre Royal, Covent Garden and some two years later she died, on November 29th, 1801, at her apartments in Queen Street, Westminster. Ann was buried alongside her second and apparently favourite husband, Spranger Barry in Westminster Abbey having outlived her third husband.

The Life of John Philip Kemble

Letters addressed to Mrs Bellamy, occasioned by her Apology