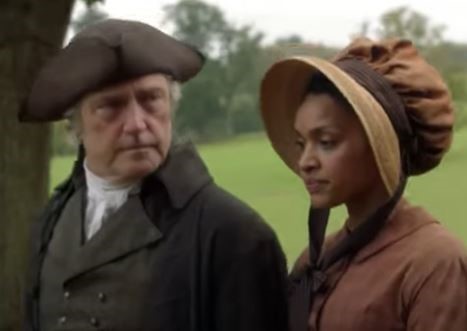 So far we have looked at Catherine Despard’s life and the demise of her husband, Colonel Edward Marcus Despard, but of course there was a son, John Edward  which today’s post will take a brief look at. If you have missed the three articles about Catherine this link here will take you back to the beginning of her story.

But what became their son, John Edward Despard?

If you watched Poldark, you would know that Edward and Catherine had a son, but he didn’t make his appearance into the world until about 1801, whereas in reality he was born in the late 1780’s and joined the army in England. However, there remains a great deal of confusion about his life and his military career.

His grandmother, Sarah confirmed in her will that he was serving as a lieutenant in his Majesty’s East London Regiment, but it’s impossible to make out his middle name. It would make sense for it to have been John, after his famous uncle, General John Despard and his father Edward, but the middle name in his grandmother’s will begins with B, which is  of no help at all.

Trying to track down John Edward Despard however, has become somewhat problematic. His grandmother was very specific about his rank and regiment, which I thought would surely simplify things – but no!

In December 1799 a John Edward Despard joined army as an ensign in 62nd Regiment, without purchase, but wasn’t promoted to lieutenant until 1801 i.e., after Sarah’s death. This one listed in the army records, was aged 19 when he joined up, so born c1780.

Having chased this John Edward Despard’s life up hills and down dales, it appears that on 12 May of 1799 he had married a Mary Hilder and was then promoted to lieutenant in 1801. According to his military records, he remained with the same regiment throughout his career, until his death in 1836.

In the letter from Joseph Plymley, mentioned previously, Plymley made specific reference to Edward’s son, who he said, had arrived at Shrewsbury gaol and wishing to see his father. Plymley confirmed the boy had arrived from Ireland upon military duty and was in Shrewsbury to receive volunteers from the Glamorgan Militia, was then heading to South Wales.

Now, we know from John Edward’s military record below, that he sustained an eye injury whilst serving in Ireland.  This document of 1828 confirms not only his marriage in 1799, but that they had no children, so I thought I had correct person. His address was given as 50 Britannia Terrace.

He stated that he had never been able to receive any augmentation on his half pay and that the injury he sustained in Ireland was the loss of his left eye. He received no grant or civil employment, so was utterly reliant upon just the half pension.

This John Edward died in 1836, leaving Mary to apply for a widows pension. Again, she confirmed everything exactly as above, about her husband, and here we have his burial, Friday 6 May 1836, Lieutenant John, otherwise John Edward Despard, aged 58 of Britannia Terrace, London. Mary also confirmed that her husband died from dropsy.

I was quite happy, with what I had discovered although unsure about his grandmothers account of his rank and regiment, until I found another John Edward Despard, in the army at the same time.

For this second one we know nothing of his early career i.e., when he joined or at what rank, but we do know that in 1813 this one was serving in the East London Militia and was promoted to Captain following death of a Captain Benwell.

On 11 September 1820, The British Press noted that

Captain John Edward Despard, late of the Royal East Regiment of London Militia, to be quartermaster.

This one had been a lieutenant and served in the East London Militia, so was this someone else with the same name, and was this Catherine and Edwards’ son? If so, who was the other Edward John Despard?

Several newspapers reported on 29 June 1828 that at the Court of King’s Bench amongst others a John Edward Despard was brought up for judgement, having been convicted for the illegal sale of a cadetship, in the East Indian Company’s service. Despard was sent to King’s Bench prison for six weeks. Now, as to which John Edward Despard that account related to, I really don’t have a clue.

On Sunday night last, about 12 o’clock, the London Courier and Evening Gazette, of 29 January 1830, reported that

As Captain J.E Despard, residing at No 50, Britannia Terrace, Hoxton Old-Town, was going from Pittfield Street, towards his residence, he was met by two ruffians …

the story continued, but either the newspaper got his rank wrong or John Edward had been promoted, which seems unlikely.

There were either two John Edward Despard’s about the same age, both in the military, both in London at the same time, but of different ranks or the whole thing has got into quite a tangle.

He was leaving a London theatre with another of his brothers when they heard a waiting carriage-driver calling the name ‘Despard’. They made their way towards the carriage, which has been ordered in their name, ‘and there appeared a flashy Creole and a flashy young lady on his arm, they both stepped into it’.

I really don’t know which was John and Catherine’s son, so if anyone can untangle this, I would love to hear from you. Maybe this mystery is one for someone with military knowledge.

All sources not included elsewhere in the articles about Catherine, Edward and their son:

Cloncurry, Valentine, Baron (1773-1853) Personal Recollections of the life and times, with extracts from the correspondence of Valentine, Lord Cloncurry.

Gurney, Joseph & Gurney, William. The trial of Edward Marcus Despard for high treason: at the Session House, Newington, Surry, on Monday the seventh of February 1803

Jay, Mike. The Unfortunate Colonel Despard: And the British Revolution that never happened

Linebaugh, Peter. The many-headed hydra: sailors, slaves, commoners, and the hidden history of the revolutionary Atlantic

Omen, Charles. The Unfortunate Colonel Despard and Other Studies

Oracle and the Daily Advertiser 22 February 1803

2 thoughts on “The mystery of John Edward Despard”