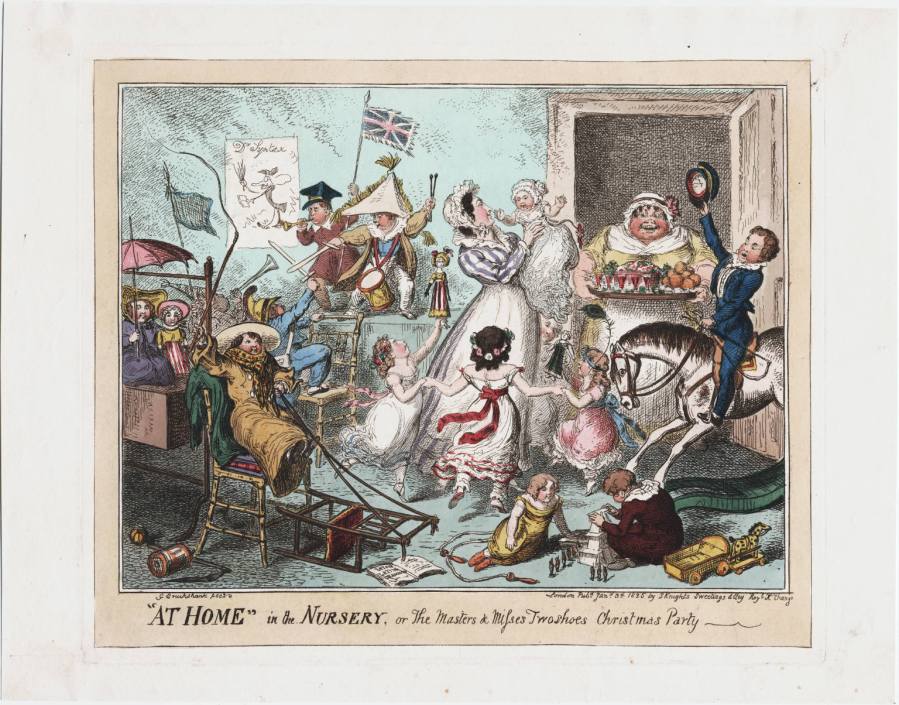 Today, though, I thought I’d take brief look back at what was making the news in December in 1819, so here we go. 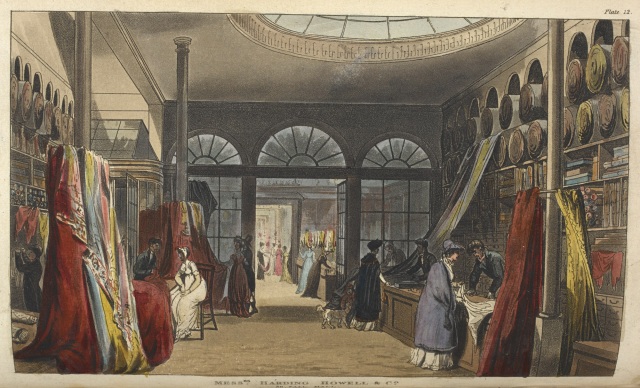 Very much as it is today, advertising for Christmas was in full swing, with retailers mainly recommending books as gifts, but if you wanted to buy someone a gift with real possibilities then you could do as one gentleman did for his daughter at Blackheath, London when he presented her with a Lottery Share from Piddings of No.1 Cornhill. She won a quarter share of twenty thousand guineas. What a lovely Christmas gift that must have been.

Of course they too had their Boxing Day sales as we discover at Mr A. Shears, Bedford House, 11 Henrietta Street, Covent Garden

Bombazines in all colours cheaper and better than ever. Rich figures and plain poplins at little more than half price. Beautiful velvets 9 shillings and 6 pence per yard. Fine merino and ladies’ clothes warranted never to wear rough.

As it is today, it was also Pantomime Season for those Georgians too,  ‘Oh no it isn’t, Oh yes, it is’!

Yes, those Georgians loved the pantomime and of course if you were in London you had several choices of panto’s and all went well at the Adelphi, according to The Globe, December 28th, 1819 and Drury Lane theatre hosted the premiere of a brand new pantomime – Jack and The Beanstalk:

The entertainment at this small but attractive theatre brought a very numerous audience last night. The pit, at an early hour, was crowed to excess and the boxes, before the rising of the curtain, exhibited the same appearance. The entertainments commenced with the principal dancers with much elegance and effect. A pantomime called The Fairy of the North Star, or Harlequin at Labrador, was produced for the first time this season. Though it has no incidents particularly new or striking, it is not however, without merit, and did not fail in affording pleasure and amusement to the Christmas visitors.

The new pantomime, Jack and the Beanstalk; or Harlequin and the Ogre was first performed at Drury Lane theatre on the same day. Jack, performed by Miss Povey, who sang, is in poverty, and the little money which he had gained by a sale, is, by the Genie of the Harp, turned into beans, which the mother indignantly throws away. A fine ‘scarlet runner’ soon sprouts forth and threatens to wind round the moon. Jack ascends and reaches the fierce Ogres’ Castle.

The various hair-breadth escapes in endeavouring to rescue the damsel, Junetta found there, is the ground work of the subsequent changes and Harlequinading. Their approach was most acceptable, as the early scenes were heavy, there being too much narrative and too little action.

The Prince of Wales accompanied by Sir B Bloomfield visited the Duke and Duchess of Gloucester in Marlborough Row on Christmas Eve of 1819. The Bells of the parish church immediately rung a merry peal on the occasion.

His Royal Highness had the happiness to find the Duchess of Gloucester (who has been indisposed for a few day), much recovered.  On Christmas Day, at noon, divine service was performed in the presence of the Regent, the Duke and Duchess of Gloucester and the royal suite, by the Rev. J.R Carr. The Regent and the Duchess received the sacrament. The royal dinner party was small and select. At nine o’clock a few of the nobility joined the assemblage, and a charming selection of music was performed for the entertainment of the guests. The workmen an artists of the Pavilion, anxious to get everything ready for the reception of his Royal Highness, had assembled on Christmas Day, but a mandate from the Regent quickly occasioned their dismissal, his Royal Highness positively ordering that the day should be observed as one of rest and sacred devotion.

An appeal to the public was made a few days ago by Mr Finnegan, the Master of The Irish Free School, in George Street. St Giles on behalf of 240 of the destitute children of his fellow natives. On Christmas Day we visited these schools and were highly gratified at seeing the greater part of those suffering innocents (boys and girls) provided with new clothing, which we understand has been procured for them through the liberal aid of a generous public. At two o’clock all the children sat down to a plentiful dinner of plum pudding, beef and potatoes, at the expense of a gentleman, a long benefactor to the institution. Our pleasure, we confess was greatly increased at seeing ladies of the highest respectability become servants of these poor children.

On Saturday, as usual on Christmas Day, the Lord Mayor ordered the prisoners in Newgate to receive each one pound of beef, a pint of porter and a two-penny loaf of bread, in addition to the increased allowance of bread, meat and coals, given by the City of London.

On Christmas morning a ludicrous event occurred in Union Street, Holborn. As two women, residing in George Alley were carrying dishes to the oven to be baked, when they ran into two drunken labourers, and the dishes which contained in one, a piece of beef and the other a loin of mutton, each with a batter pudding were thrown out of their hands. Here the fun began. The women, on finding their Christmas dinner was spoiled were so enraged that they grabbed the two men by their hair and beat them around their heads with the beef and mutton until they were covered with grease, milk and flour much to the amusement of the large crowd which had now gathered.

Eventually after some intervention peace was restored, and the two women left the scene and headed to the nearest public house where they drowned their sorrows with copious amounts of rum, gin and beer. 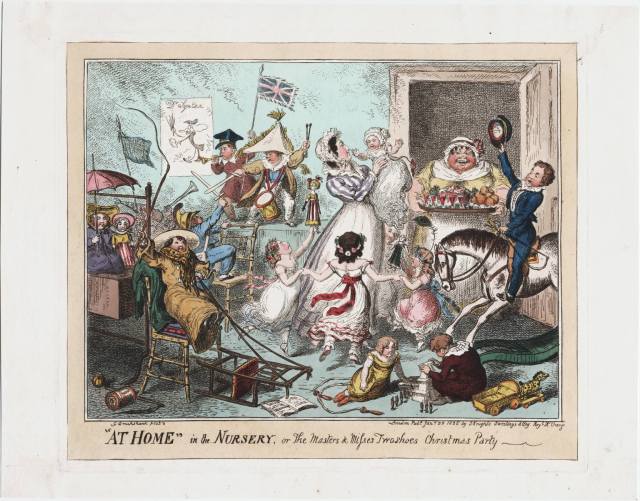 I would like to wish you all a very happy festive season and to say that I’ll be back at the start of the next decade with more articles for you and with some exciting news of our own to share with you too.

If you’re still searching for that last minute Christmas present, then perhaps take a look at the Bookshelf, you might just find what you’re looking for.