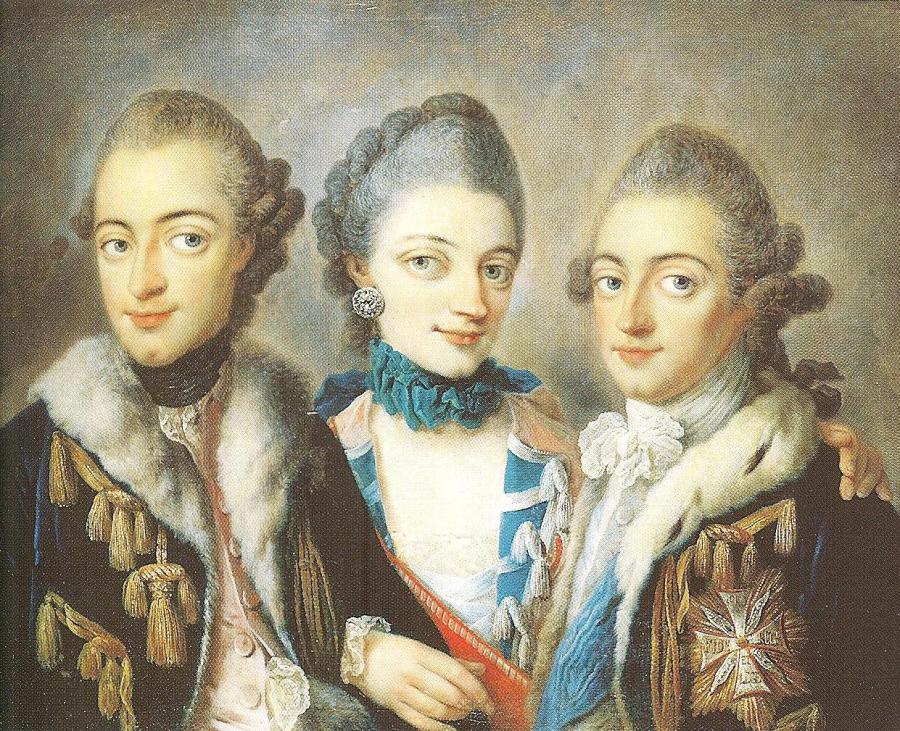 Born on the 6th December 1735 at Mirow (in north east Germany, then in the duchy of Mecklenburg-Strelitz), Christiane (also known as Christiana) was destined to have her heart broken, and it was all because of the good fortune of her sister, Charlotte.

Duke Louis Frederick of Mecklenburg and Princess Elisabeth Albertine of Saxe Hildburghausen had ten children, six of whom survived infancy. Christiane was the first born, and after her came:

Together with her sisters, Christiane received a rudimentary education; Charlotte’s upbringing was later described as one similar to an English country gentleman although accounts suggest the girls were taught Latin, French and Greek as well as botany and history. With a good grounding in how to run a household and, as the eldest daughter, Christiane could perhaps have expected to make a highly advantageous marriage. However, by 1761 – aged 25 years – she was still unwed.

In the early 1760s, John Ker, the young 3rd Duke of Roxburghe, was undertaking the Grand Tour. Travelling through Europe, in 1761 he met Christiane, and fell in love.  Christiane returned his affection and the romance between them progressed far enough for an engagement to be proposed.

But, a spanner was about to be thrown into the works. In England, George III had ascended the throne and started to search for a wife amongst the European royalty and nobility. His choice eventually settled on the 17-year-old Princess Charlotte and a proposal of marriage was made, and accepted in the summer of 1761, at exactly the same time that the Duke of Roxburghe was negotiating for the hand of Christiane.

The younger sister’s marriage proved to be a detrimental and insurmountable barrier to the elder’s; German etiquette precluded Christiane, almost a decade Charlotte’s senior, becoming the new British queen’s subject… and George III quite possibly disliked the idea of one of his subjects, albeit one who was high in his favour, becoming his brother-in-law. Reluctantly, Christiane and the duke took the decision to part.

While George III and Queen Charlotte had a long and very happy marriage (they fell deeply in love with one another), neither Christiane nor the duke ever married. It is believed that, having suffered the loss of each other, they never found anyone else who matched up to their ideal. Sir Walter Scott knew the duke personally, and said of him that:

Youthful misfortunes, of a kind against which neither rank nor wealth possess a talisman, had case an early shade of gloom over his prospects, and given to one so splendidly endowed with the means of enjoying society that degree of reserved melancholy which prefers retirement to the splendid scenes of gaiety.

A personal friend of George III, Roxburghe was rewarded with positions at court. Christiane lived for a time in Neustrelitz with her brother, Adolphus. As he too was unmarried, Christiane acted as his representative when necessary and later she was made a canoness in Herford Abbey (an ancient religious establishment for women in the Duchy of Saxony), although she continued to live with her brother rather than enter the abbey’s precincts. On the 13th January 1766, Empress Catherine II (the Great) of Russia bestowed the Order of St Catherine on Christiane.

Christiane died on the 31st August 1794. Her younger sister, Queen Charlotte, was in Weymouth with the royal family when she heard the news; the court was ordered to go into mourning.

The gentlemen to wear black cloth, without buttons on the sleeves or pockets, plain muslin or long lawn cravats and weepers [strips of cloth sown onto coat cuffs], black swords and buckles.

The Duke of Roxburghe, who became a noted bibliophile, died in 1804.