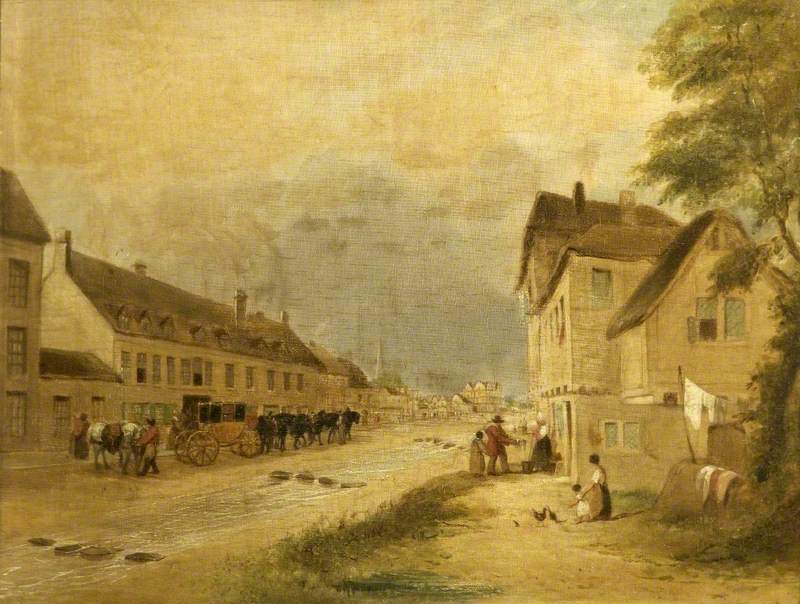 No, not aeroplanes – coaches. The concept of flying coaches seems to date back to the late 1600s when there were advertisements in the newspapers for lengthy journeys being undertaken by means of these. Looking at these adverts there must have been coaches crisscrossing the country all day every day, so we thought we would share a few with you.

Daventry Flying stage-coach in one day with three sets of able horses. Begins on Saturday 17th April from The Ram Inn in West-Smithfield, London to Mr James Pratt’s at The Black Boy, Daventry; and returns to The Ram Inn in West-Smithfield on Mondays and will continue all the Summer Season, at Fifteen Shillings each passenger. The coach sets out at Two in the morning precisely. Performed, if God permit, by Thomas Smith.

Sets out from the New Inn, in Abingdon every Tuesday, Thursday and Saturday at 5 o’clock in the morning, to the Black Bull in Holborn; and returns every Monday. Wednesday and Friday. The far to and from Abingdon –

N.B No plate, jewels, writings or other things of great value to be paid for, if left, unless entered and paid for as such.

On the same day, the same newspaper also carried this advert –

Bew’s flying machine to London was advertised, again travelling three time a week. Sets out from The Bear Inn, in the High Street, Oxford, every Monday, Wednesday and Friday, to The Black Bull Inn, in Holborn; and returns to Oxford every Tuesday, Thursday and Saturday. Sets out at six o’clock in the morning.

These coaches were built to carry four passengers inside and no more than six riding on top, but like public transport today there was over crowding, so a contraption was added to the rear, which was a type of basket, known as the rumble tumble that designed to carry the luggage. It was not meant to carry passengers, but as you can see from this picture by Hogarth perhaps it did, but it would have been extremely uncomfortable, worse than riding inside with no springs or on top where you would have been exposed to the elements.