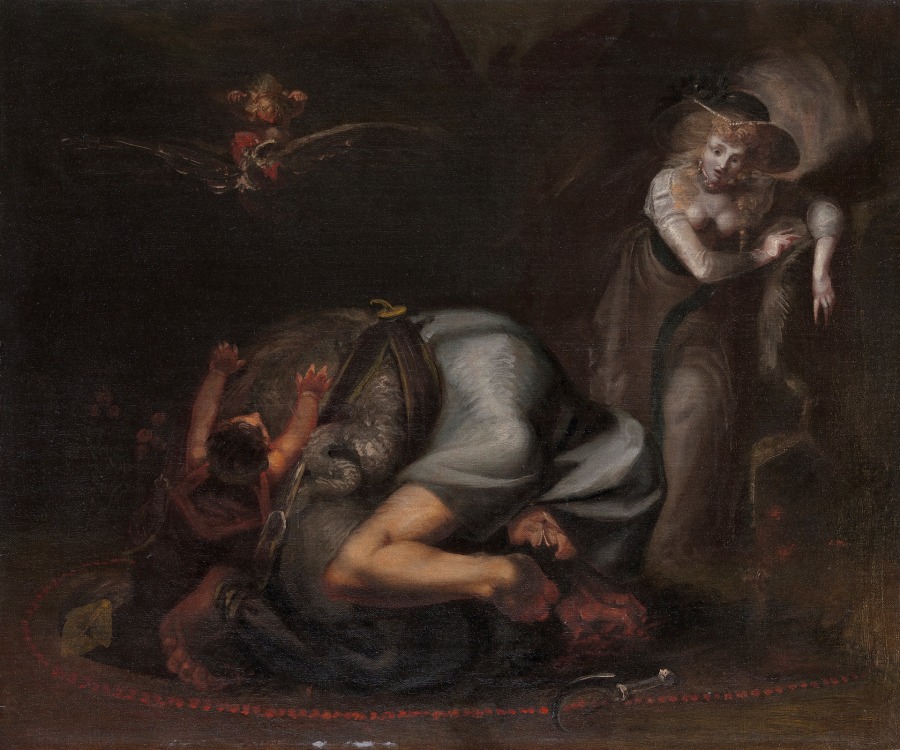 I came across this curious case in the British Mercury or Annals of History, Politics, Manner, Literature and the Arts 1788 and thought I would share it with you.

A few months since some extraordinary particulars were given in this paper relating to the daughter of Mr. Capon, a considerable farmer at Silsoe, in Bedfordshire, discharging from her stomach 52 brass pins, a pincushion stuck with pins and needles, a pair of small scissors, with an iron chain etc.

The strange propensity of this child to swallow the above and various other indigestible substances, was by the ignorant attributed to the power of witchcraft and a man named Saunders, a gardener at Silsoe, was reprobated as a wizard and was accused of having exerted his diabolical influence over Mr. Capon’s daughter.

About eight years ago Mr. Saunders and his wife were ducked at Silsoe till they were nearly drowned, on the supposition that one was a witch and the other a wizard.

About a month since the above mentioned Saunders died, and Mr. Capon’s daughter having, through the assistance of the Faculty much recovered in health, the ridiculous notion that her singular conduct was the effect of the super-natural agency of Saunders is amazingly strengthened; for though since April the child had been gradually recovering from a very ill state of health, the untaught multitude obstinately insist that the favourable change is but the natural consequence of the death of Saunders, who notwithstanding the strong prejudice against him was, by the more rational part of his neighbours always considered as an industrious, inoffensive man.

Not only in Bedfordshire, but in many other parts of the Kingdom, the absurd notion of the power of witchcraft is as strongly prevalent as at Yatton, Bristol or any part of Somersetshire.

The case also attracted interested from the media with the national ones giving similar accounts, some stating that the child had to be watched day and night in case she decided to start eating other things not designed for human consumption.

I have done some research to try to find out who the child was and so far no luck. The wizard aka Mr Saunders could have been Thomas Saunders who was buried on 22nd April 1788 at Southill, Bedfordshire but apart from that there don’t appear to be another possible matches, so if those names mean anything to any readers please do let me know, as I would love to find out whether there was any truth in the story.