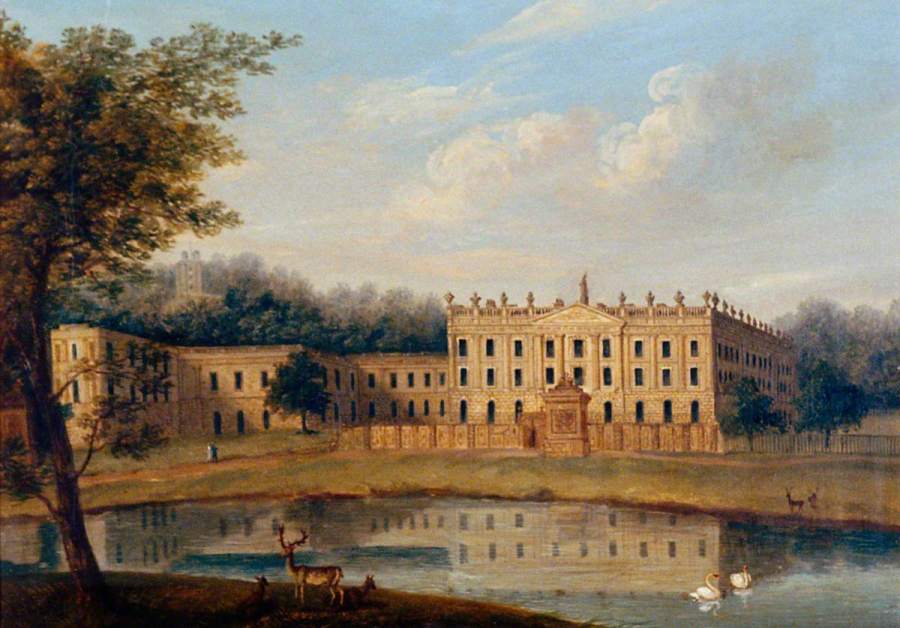 You may be aware that just before William Cavendish, the 5th Duke of Devonshire married Georgiana Spencer in 1774 he had had a relationship with a Charlotte Spencer (no relation to Georgiana) and that as a result of this liaison a child was born. This child was named Charlotte, after her mother and Williams after her father, but not until her mother had died in 1781*.

During the early part of her life, she was provided for by the Duke but raised by her mother, a milliner, until she died. At this point, Charlotte was taken into the Cavendish household and lived with him and his wife Georgiana as an ‘orphaned member of the Spencer family’.

Georgiana always treated Charlotte as if she were her own child, unlike her own illegitimate daughter, Eliza Courtney, who was taken from her shortly after her birth and raised by her lover, Charles Grey’s parents, although, perhaps a small comfort to Georgiana, was that Eliza was occasionally taken to the Grey’s London home and met up Georgiana as her ‘unofficial godmother’.  Eliza was not told of her true parentage until after Georgiana’s death. 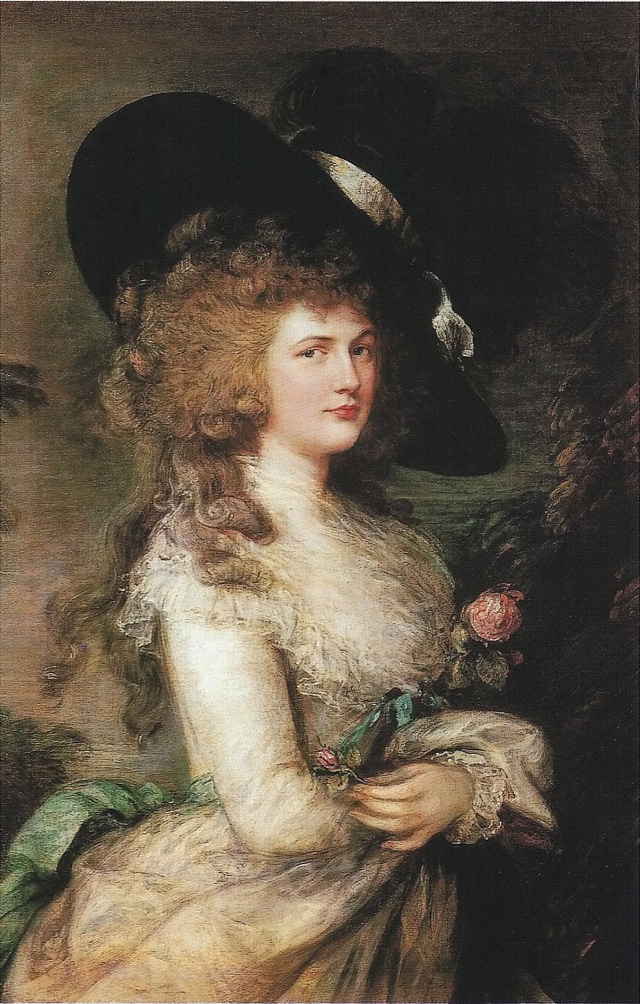 Everything went well until Charlotte acquired a new governess, Elizabeth Foster, who later became the Duke’s mistress. Soon after this Elizabeth took Charlotte to France, partly for her own health and partly for Charlotte’s education. Elizabeth was fond of socializing and preferred to party rather than spend time with Charlotte and so at this point, Charlotte was sent to Paris until the start of the French Revolution when she returned to England.

So, what became of Charlotte?

This question has been asked numerous times and the answer has always been that she was married off, then simply vanished. Amanda Foreman’s book, The Duchess, tells us that Charlotte married – if that were true, who was her husband? Did she have her own family? What happened to her?

Well, on the 28th February 1793 Charlotte did marry. In fact, she married the Duke of Devonshire’s agent and auditor, John Heaton’s nephew, Jonathan Kendal, at St James in Piccadilly.  The Morning Post of the 1st March 1793 noted that they were both of Old Burlington Street. (John Heaton’s sister Ann, married Reginald Kendal at Romaldkirk, Yorkshire in 1759).

According to the Apprentice’s Register for July 1783, Jonathan was apprenticed to his uncle, John Heaton, an attorney, and apprenticeship which would have been for 7 years, but whether he remained as an apprentice is not clear, as yet.

According to his baptism, Jonathan was some nine years older than Charlotte, and Robert Athol, the Archives and Records Manager at Lincolns Inn Library, says that Jonathan was –

admitted on 21st February 1784, the nephew of John Heaton, also a member of Lincoln’s Inn. He is not listed in our bar books that list members of the Inn who have been called to the bar, however, nor does he appear in any of the Law lists for the time which suggests to me that although he was admitted to Lincoln’s Inn, he didn’t pursue a career in law.

Land Tax records show that the Heaton family were living in a property owned by the Duke of Devonshire on Old Burlington Street, so it seems highly likely that Charlotte, shortly after her return from France, moved to there and that is where she met her future husband.

Tantalizingly, the baptismal register for St George, Hanover Square records the birth of a Charlotte Cavendish, daughter of William and Charlotte, born  February 22nd, 1774 and baptised March 20th, 1774 – could this be her?

It seems highly likely, as the 1851 census recorded that she was born in London.  If so, she was born just before the Duke of Devonshire’s marriage to Lady Georgiana Spencer on June 7th, 1774.

If we assume that this birth was for Charlotte, then she had not reached adulthood when the couple married, i.e. she was under 21-years. That being the case it is usual to see parent’s permission on the marriage entry but there was no such reference as you can see.

The couple lived at Barrowby in Lincolnshire for the majority of their married life as Jonathan appeared on Polls books and electoral registers in that village for many years.

According to the Clergy of the Church of England Database, on the 10th March 1800 Jonathan became a curate and served in the church for the remainder of his life; the living of Barrowby was in the gift of the Duke of Devonshire who was Lord of the Manor.

One interesting entry against his name is that he was also appointed as Domestic Chaplain to the 6th Duke of Devonshire in October 1811, was this post given to Jonathan as Charlotte was the duke’s half sister? it would seem likely.

The 1841 census shows the couple still married and living at Barrowby at the Rectory House, along with 7 servants. Their son was born 1797 and followed in his father’s footsteps. After graduating from Trinity College, Cambridge he became the Rev Charles Edward Kendal, stipendiary curate of Barrowby in 1821, then in 1822 took a posting at Brindle, Lancashire.  Charlotte was to see her son be married by her husband to a Miss Catherine Downing in Barrowby church in 1825.

As the parish vicar and his wife, Jonathan and Charlotte would have led a life typical of any rural cleric, spending time tending to his flock, supported by his wife. According to the parish register at Barrowby Jonathan was buried there on the 11th May 1849.  Charlotte outlived Jonathan by just over 7 years. In Jonathan’s will, he refers to Charlotte as ‘my most dearly beloved and truly affectionate wife‘.

It certainly appears that the couple were happy together and Charlotte specified in her will that she wished to be interred in the vault alongside her beloved husband at Barrowby.

However, after Jonathan’s death, Charlotte moved to Leamington in Warwickshire, and on the 1851 census, she was visiting a relative in Dover. The census recorded her as a widow, aged 78 and her place of birth as London, although as yet no definitive baptismal entry has been found, so as to what name she would have been baptized under, remains a mystery, but it does appear likely that the one above was hers.

The next and seemingly final record of Charlotte appeared in The Standard of Saturday 13 December 1856 with the record of her death:

On the 8th Inst. in Newbold Terrace, Leamington Charlotte, the relict of Rev Jonathan Kendal, Rector of Barrowby, in her 84th year.

For some reason her wish to be buried in the same vault as her husband in Barrowby was not fulfilled, instead she was buried at Leamington Priors on the 15 December 1856.

Whilst the 5th Duke of Devonshire made bequests in his will to his second wife, his children and John Heaton Esquire, sadly, there was no mention of Charlotte, but overall, it would appear that Charlotte led a quiet and happy life and the mystery is now solved.

John Heaton’s will confirms that he made a bequest to Charlotte’s husband of £100 a year when he died in 1818, which would be worth about £6,000 in today’s money.

To view some relatively unknown, private sketches of Georgiana, Duchess of Devonshire that were drawn by Thomas Orde, 1st Baron Bolton, at a private event in Buxton, Derbyshire in 1777, just a few years after her marriage to the Duke of Devonshire, click on the highlighted link above. 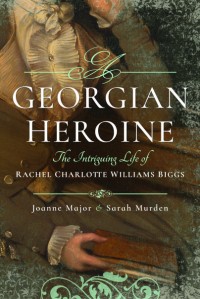 If you are interested in the mysterious life of another Charlotte Williams, one who was a Georgian heroine, then click here to discover the bizarre but true story of an astounding woman persevering in a man’s world.

* A burial took place on 8th May 1781 for a Charlotte Spencer at St Margaret’s Church, Westminster.

The will of Rev Jonathan Kendal – Records of the Prerogative Court of Canterbury, Series PROB 11; Class: PROB 11; Piece: 2096

The will of John Heaton Esq –  Records of the Prerogative Court of Canterbury, Series PROB 11; Class: PROB 11; Piece: 1610

The will of Charlotte Kendal – Records of the Prerogative Court of Canterbury, Series PROB 11; Class: PROB 11; Piece: 2244

Clergy of the Church of England Database (CCEd)

16 thoughts on “What became of Charlotte Williams, the illegitimate daughter of the 5th Duke of Devonshire?”