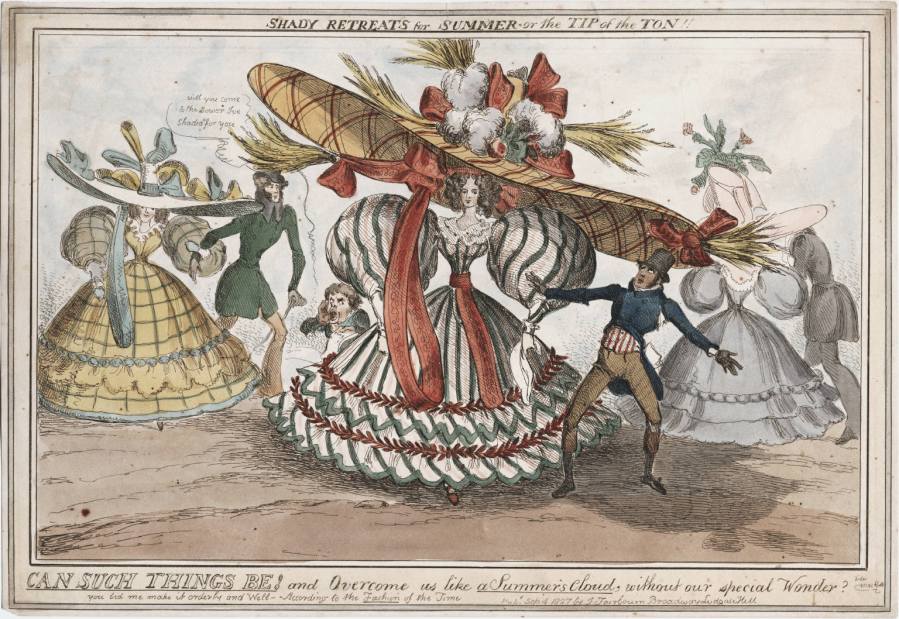 We’ve done the dresses, the cosmetics and the beauty tips, so how could we possibly not have one about those amazing Georgian hats that would put Royal Ascot to shame.  Large hats were very much the fashion and there were some stunning hats, however, we couldn’t resist a  ‘tongue in cheek’ look at the fashionable hats of the period.  Large hats often accompanied by large hair were very much in vogue and provided the most amazing ‘fodder’ for the caricaturists of the day too who took great delight in mocking both the British and French styles.

In one of our previous blogs we presented to the world a ‘never before seen hat’ sported by our one and only fashion diva, the beautiful  Grace Dalrymple Elliott’s hat, which the majority of our readers agreed overwhelmingly was to put it politely, ‘dreadful’, with that mind we thought we should find some more equally hideous hats for your delectation. 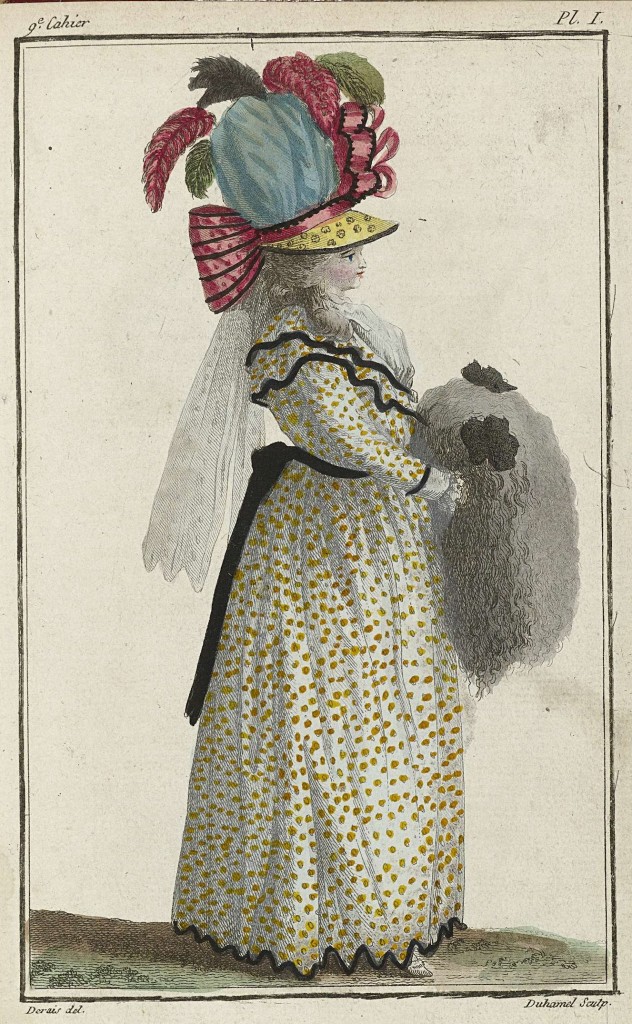 The hats appear in no particular order, but we are sure you will have you own preferences!

After Grace we have another fashion diva and close friend of Grace Dalrymple Elliott  –  Gertrude Mahon, sporting something akin to a giant tea cosy or one of those hairdryers that were fashionable in the 1950’s,  in a fabric which hopefully is far lighter than it appears, otherwise it would have carried a health warning!

The next really should carry a health warning especially if you have a feather allergy; are the three feathers those of the Prince of Wales one wonders?

When it gets too hot in the middle of the Summer we offer an alternative way of keeping cool, is it a bird, plane or simply a superhat?

…and an alternative hat for summer showers, complete with the ‘fake bum‘ for the children to shelter under.

A lodging house lady of Bath, the hat is almost the same size as she is!

Hat Boxes – words fail us with this one

The hat on the right looks lethal

It seems that by 1796 the reign of the ‘larger than life hat’ was all but over for a while at least and according to  the Morning Post and Fashionable World  dated Thursday, November 17, 1796 in their less than complimentary report, bonnets were now all the rage. 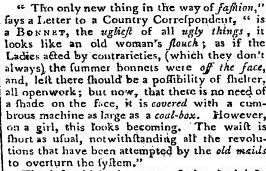