The Foundling Hospital was described as being ‘For the maintenance and education of exposed and deserted young children’. Similar hospitals had already been established in Paris, Madrid, Lisbon, Rome, Venice and Amsterdam and when Captain Thomas Coram returned to England he was shocked by what he saw, children dying and discarded in the streets of London and could not understand why there was no similar provision in England.  During the reign of Queen Anne, a similar suggestion had been mooted, but nothing came of it, despite various people having left legacies in their wills to help such children. 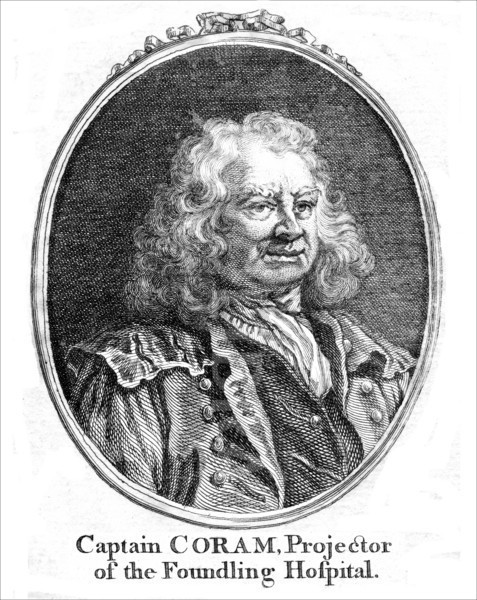 Thomas Coram (1688 – 1751), almost single-handedly, spent 17 years trying to establish the hospital; finally achieving Royal Charter on 17th October 1739.  The first General Court was held at Somerset House on the 20th November 1739 and was chaired by the Duke of Bedford who presided over the hospital until his death in 1771. The committee was authorized to

‘purchase real estate not exceeding £4,000 a year and they were required to have a quorum of 13 Governors for the election of a President and committee’.

At this first meeting they duly elected 50 governors to manage the estate and effects of the hospital. In an account of the history of The Foundling Hospital, written 1799 it seems that its main focus was caring for poor children along with those of prostitutes and also to educate these women to change their ‘wretched ways’.  The first task of the governing body was to find out who had bequeathed monies to help with the building and running of such an establishment, then to set up accounts to monitor regular donations.

A meeting was held on Christmas day 1739, during which a proposal was made to take a 21-year lease on Montagu House, but due to some legal restrictions this could not take place, so some tenements in Hatton Garden were obtained on a temporary basis and the admission of children began shortly after.  Needless to say, the funds they had hoped for hit some snags due to government taxes. Eventually, the governors managed to persuade Parliament that they should be free from parochial jurisdiction and interference i.e. to give it charity status.  In October 1740 land was purchased from The Earl of Salisbury at the north side of Ormond Street extending to Gray’s Inn Lane for the sum of £6,500.

One of the first problems they encountered even before building the hospital was how they were going to cater for such large numbers of babies who needed breastfeeding and that there were insufficient wet nurses for all these children, so it was decided that many would be sent into the country until they were three years old, as the view was that wet nursing was best.  At sixteen girls usually became servants and the boys were placed into apprenticeships.

On the 16th September 1742, the foundation stone was laid for the new hospital and whilst building continued arrangements were being put in place for all other aspects of running the hospital including this meal plan:-

Saturday – Boiled beef with greens or roots, or, pork with pease pudding in winter and shoulder of veal in summer.

October 1745 the west wing in Hatton Garden was opened, with girls and boys being house separately. The whole building was estimated to be capable of holding 400 children, it was to be plain and devoid of decoration, but artists became interested and in particular, Mr Hogarth donated three of his works to them including a portrait, above of its founder, Mr Coram.

The Hospital received its first foundlings in 1741. The first two children to be baptized were named Thomas Coram and Eunice Coram. On entering the Hospital children were baptized and given a new name.  Up until the end of the eighteenth-century mothers also left a token which could be used to identify the child if the parent made a request to claim him or her at a later date. These tokens are on display within the foundling hospital Collection

The composer Handel also became a patron and even conducted a performance of his work ‘Messiah’ to raise funds for the hospital. He repeated this several times and raised the sum of £6,700 (about half a million in today’s money). 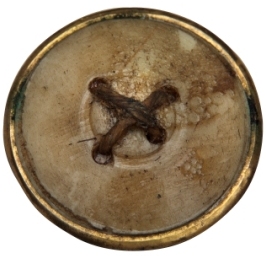 Courtesy of The Foundling Museum

29th March 1751 Mr Coram died, aged 84 and in keeping with his request, was interred beneath the altar of the hospital chapel. His funeral was extremely well attended and apart from dignitaries it also included children and their nurses. The choir service was performed by the gentlemen of St Paul’s and Westminster Abbey. He died leaving virtually no money, hardly even enough to pay for his funeral, his later life and money having been invested in the building of the hospital.

The number of children received into the hospital before the end of 1752 was 1,040 of which 559 were maintained by the hospital at an expense of upwards of £5,000 a year.  Mothers took their children to the hospital in ever-increasing numbers. When it was first opened children were taken in on a first come basis, but due to lack of space and financial constraints an alternative system was adopted, that of a ballot system, women had to draw a coloured ball from a bag, if they got a white ball the child, if healthy was admitted, a red one meant that they would be added to the waiting list; a black meant they would not be admitted.

Music and art formed a major part of life at the hospital and in July 1774 Dr Burney and Mr Giardini presented a plan for establishing a public music school at the hospital, which they anticipated by patronage would increase the hospital’s donations fund.

The hospital itself survived until 1954, but the charity remains today helping vulnerable children and young people.

2 thoughts on “The Foundling Hospital”