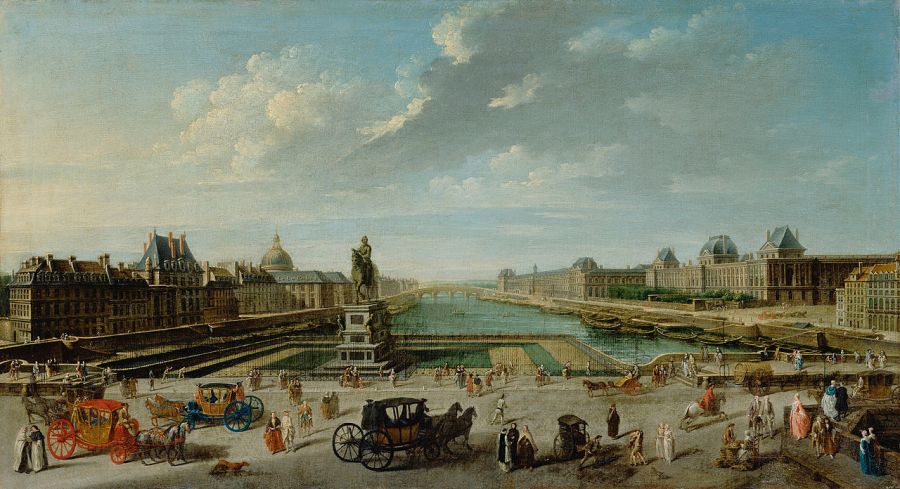 When you think of prisoners during the Revolution you are inclined to think of possibly the two most famous women who were arrested and sentenced to death – Marie Antoinette and Charlotte Corday, who assassinated Marat, but there were many other women who wrote journals about their lives during the French Revolution, some written from prison, others were purely about how their lives changed during this period.

In 1803 Napoleon sent out an edict to detain every British citizen living in France at that time; all British persons were to be arrested, imprisoned and interrogated, with some also being sentenced to death.

We know, however, that many lesser-known women were also detained, and from her letters and journal, we have found out that our own ‘A Georgian Heroine‘, Rachel Charlotte William Biggs, spent from the early 1790s to the mid-1820s travelling between England and France, with part of her life being spent in a variety of French prisons.

Her story, true but amazing, is one that has to be read to be believed; it includes her formative years during which time she was abducted and rape – not once but twice; her life as some sort of British spy and a complete reinvention of herself into an unknown political advisor for the British government, advising them on important matters of the day. Arguably, one of her most important and possibly her proudest achievement being that, in her later years, she almost single-handedly organised the golden jubilee celebrations for King George III.

We also know that Helen Maria Williams, whom we have written about before, spent time in The Luxembourg prison, Paris, from where she continued to work on translations.

Apart from Le Bastille, the main prison used to house British detainees was La Conciergerie, a former royal palace in Paris; between 2nd April 1793 and 31st May 1795 over 2,500 prisoners were sent to the guillotine from La Conciergerie.

During this period in history many women, whether in prison or just trying to continue with their day-to-day lives, wrote letters and journals which have survived, giving us an insight into their lives at this time.

For those interested in reading about life during the Revolution there are quite a few online journals that make fascinating reading, such as the one by the Duchesse De Duras.

A well-known Scottish courtesan Grace Elliott nee Dalrymple was also purported to have been held as a prisoner during the Revolution, however, the jury has always remained out as to whether or not this was, in fact, true, and just how much truth is in her Journal of my Life during the French Revolution? We reveal the true facts about Grace, her life, loves and arguably, more importantly, her family, who shaped her life, in our book about Grace, ‘An Infamous Mistress’

Another interesting journal was written by Henriette-Lucie Dillon born 25th February 1770 at Saint-Sulpice, Paris. She was the daughter of General Arthur Dillon, who married his second cousin Therese-Lucy de Rothe – Journal of a Woman of Fifty Years. We stumbled across this journal we researching our ‘Georgian Heroine’, who was a friend of one of Arthur Dillon’s relatives.

The Great French Revolution is narrated in the letters of Madame J which were edited by her grandson Edouard Lockroy. Madame J had never anticipated her letter being published as they were not written for the public to read, but none the less they give a fascinating account of her life.

All of these journals give the reader a real insight into life in France before, during and after the French Revolution and we feel they are definitely worth a read!

Armed with snippets of information from these journals we set about trying to research French records in the hope of finding the people we were interested in listed in at least one of the prisons we had read about where many of the English women were held during the revolution.

During our research, we have come across a wonderfully helpful website set up by Anne Morddel which gives links to the various French Departments.

Anne very kindly sent us a list of women that were listed as foreign British prisoners in Napoleonic France. Sadly, our lady was not on the list, but many others were. If you think that one of your relatives might have been on the list it is worth emailing Anne to obtain a copy.

6 thoughts on “Women’s Journals During the French Revolution”