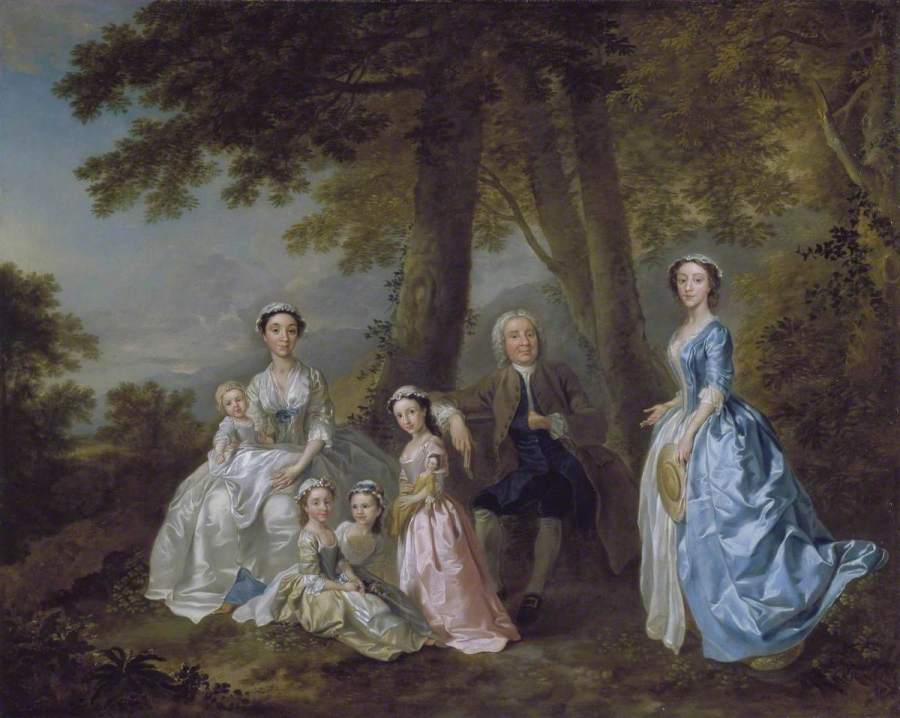 Samuel Richardson wrote two best-selling novels – Clarissa and Pamela in the 1740′s, published whilst he was living at Parson’s Green in Fulham, a close neighbour of the Earl of Peterborough and his mansion, Peterborough House. Clarissa tells the story of Clarissa Harlowe, a young girl whose family are newly come into a fortune.

First betrothed to Richard Lovelace in anticipation of the Earldom he will inherit, she is then forced by her family to marry a man she loathes, Roger Solmes.  Lovelace, intent on marrying her to avenge himself on her family as well as wanting to possess her, tricks Clarissa into running away with him before she can marry Solmes; she is subsequently held prisoner by his before being drugged and raped. Pamela was published slightly earlier tells the story of a maidservant Pamela Andrews whose master Mr B made unwanted advances toward her.

Mr B was infatuated with her looks and her innocence and intelligence, but his position in society prevented him from marrying her, so instead, he abducted her and locked him up in one of his houses, during which time he attempted to seduce and rape her. She, of course, resisted, but over time fell in love with him. He intercepted letters she wrote to her parents, eventually, she tried to escape. Her virtue was finally rewarded when he proposed marriage to her. In the second part of the novel, Pamela attempts to build a successful relationship with him and to acclimate to upper-class society.

The reason for mentioning this is that there are many similarities between Richardson’s stories and one of our future books. It does raise the question was our heroine telling the truth or had she actually read his fictional stories and decided that her life story would be more interesting if there had been more drama in it? You’d have to read our book for the answer to that question.

6 thoughts on “‘Clarissa’ and ‘ Pamela’ by Samuel Richardson”